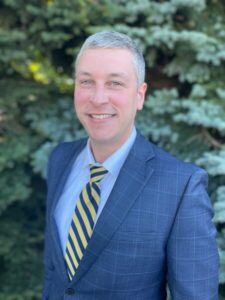 Your Investments During A Recession

There has been a lot of chatter and debate on the news as of late about the economy and how likely it is that we could be facing a recession in the not-so-distant future. The news cycle casts a lot of fear and doubt and it can be easy to let panic set in. Let’s take a look at the possibility of a recession being near, and more importantly, what you can do to prepare for and endure an economic slowdown.

Is a recession on the horizon?

Economists determine that the country is in a recession when there is a decline in the US Gross Domestic Product (GDP) for two consecutive quarters (a 6-month span). We had a decline in the last quarter, but that does not necessarily mean GDP will decline again, triggering a recession. After all, no one has a crystal ball so it can be difficult to predict. The only thing we do know is that it isn’t a matter of if, but when we will head into a recession. Recessions are a normal part of the business cycle so it is an event that is expected to happen, but we cannot predict how severe it will be or for how long it will last.

When we enter a recession, how long will it last?

Recessions are a normal part of the US economy and business cycle. So, when we do enter a recession, how long will it last? Well, there has been some long recessions and depressions in our history, but they have been much less severe since the second World War. A recent Kiplinger article has stated that the average recession is 17.5 months long dating back to 1857, but is only 11.1 months post World War II. Recessions have been less severe, as stated in the article, due to elimination of bank failures as a result of the Federal Deposit Insurance Corporation (FDIC), and better controlled monetary policy by the Federal Reserve. We ultimately do not know how long the next recession will last, but can make an educated guess that it will be less than a year.

What can be done?

As is often the case in life, we have very little impact on the direction of things that are out of our control. Therefore, we need to focus on things that we do have control over. The question of what can be done to be prepared for a recession depends on what your personal financial circumstance looks like. A single parent living paycheck to paycheck will have a different course of action than a married couple with no children and steady jobs. With so many variables and circumstances, a good place to start is to take a look at how much of your income you are able to keep. If you have a large percentage of your income flowing out for loans, credit cards, subscriptions, etc., then putting a plan in place to pay off your debt could be a good starting point.

What about my investments?

If living day-to-day during a recession isn’t concerning you, but you know you need to consider your overall investments, remember that now is the time to stay the course of your financial plan. Much of this has to do with how close you are to retirement (Which is why retirement income planning is so important!) but staying invested is paramount so you don’t lock in any unrealized losses. Peter Nielsen, a Chartered Financial Analyst at Independent Solutions Wealth Management, recently shed some light on the importance of this in some of his research. He found that of the 30 best days of market performance over a period of 15 years (2006-2021), that 27 of the best came during a recession.

The most important thing to remember is to not make any hasty decisions out of fear. Getting reliable information is of the utmost importance so that you can make the best decision for your situation. Ideally, it would be best to seek this information and make a plan during favorable economic times. However, it isn’t too late to start now, even when there is chatter that we might be heading towards a recession soon. No one knows when, how bad, and for how long, so starting to prepare now will only help your situation once that time does come.

Thinking or talking about looming recessions can stoke the fear fire especially when this chatter is constantly in the news cycle. It is important to know that recessions are a normal part of the economy and the best thing you can do to protect yourself is to have your finances in order. That includes understanding how you might be vulnerable during a recession (job loss, income reduction, etc.), and developing a plan to offset those vulnerabilities. For most people, reducing debt (and the monthly payments that accompany that debt) and setting aside 3-6 months of expenses in an emergency fund is a great place to start. Being prepared will help you sleep at night and give you a sense of peace when we actually enter a recession.

Do You Need a Financial Planner? Four Questions to Ask

I love what I do, so I frequently find myself talking about all the different ways I help people. Most people don’t understand all that encompasses the job. Usually, it is an assumption that we are only helping with investments, but it is so much more than that. Because of this, I wanted to dive into what comprehensive financial planning looks like and what questions to ask if you are interviewing potential planners.

To Claim or Not Claim!

Learn a different approach to making the Social Security claiming decision. You have a choice in how to claim social security. Learn more!

Does Your Portfolio Have You Stressed? It Might Not Be Your Stocks That Are Letting You Down

Many factors can play a role in portfolio stress. Stock market volatility, inflation, and other various factors can cause your investment portfolio to go down. Read here to learn more!