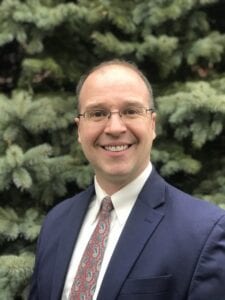 Social Security and “Spousal Only” Benefits using the Restricted Application

Are YOU Grandfathered for Potential Use of this Unique Claiming Strategy?

The enactment of the Senior Citizens’ Freedom to Work Act of 2000 on April 7, 2000, was significant in that it eliminated the Social Security Retirement Earnings Test (earnings test) for a worker that reached Full Retirement Age (FRA) thereby allowing the worker at FRA to earn as high of an earned income (W2 wages or self-employed net earnings) as they wished, without a reduction in his or her Social Security payment. This alleviated forfeiture of Social Security benefit income for FRA and post-FRA claimants. Perhaps more significantly, the legislation allowed for the ability for workers who had reached FRA to “file” for benefits, but immediately “suspend” receiving payments and earn Delayed Retirement Credits (DRCs) for each month that payments were deferred. This strategy was appropriately referred to as “File and Suspend”.

Why would a retiree file for benefits only to then suspend those benefits and not receive payments? Single individuals may not have had an incentive for this route of filing, but married filers would because the spouse of the “File and Suspend” applicant upon reaching FRA, could restrict his or her own filing for benefits to a “spousal only” benefit amount equal to one half of the PIA of the spouse who filed and suspended. Thus, the term “Restricted Application” arose. In the meantime, both spouses would benefit from DRCs on their own respective benefit values.

Those who believe that “File and Suspend” and the use of “Restricted Application” were eliminated with the passing of The Bipartisan Budget Act of 2015 would only be partially correct. Requests for “File and Suspend” were granted to those that had reached FRA and had applied on or before April 29, 2016. Doing so would allow the applicant to receive DRCs while auxiliary (spousal or children’s) benefits would be unaffected. The “File and Suspend” privilege as described is far in the rearview mirror at this point; however, the use of “Restricted Application is not!

Who is still eligible for “Restricted Application”? Let’s look at the two individual types that may still be eligible:

Note, these individuals became eligible to make this unique filing on January 1, 2020, when reaching FRA. In other words, they were grandfathered into a strategy based on legislation from 2015, that they would not even be able to utilize for a minimum of four years from the legislation date!

Let’s follow how use of the “Restricted Application” worked for married couple Joe and Maria:  It is October 1, 2019. Joe claimed his own reduced benefit in July 2015, at age 62 upon retiring. His PIA was $2,200. Maria, whose date of birth was December 7, 1953, continues to work full-time and has not claimed her Social Security benefit. Her PIA is $2,500; she understands how the power of DRCs will help increase her benefit by 8% per year (2/3% per month) for as long as she delays, and as late as age 70 when her benefit will reach its maximum. She also knows she would be impacted by the earnings test if she claims her own benefit and makes in excess of the earnings allowed by that provision. However, the earnings test is no longer a factor once Maria reaches FRA in December 2020, AND she is grandfathered in for the use of the “Restricted Application” strategy! Maria “restricts” her filing for January 2020 for a “spousal only” benefit, which will be equal to one-half of Joe’s PIA of $2,200. She will receive $1,100 per month, continue to work, make her full-time salary without forfeitures due to the earnings test, and receive DRCs on her own PIA. Without even considering the Cost of Living Adjustments (COLAs) she may accrue, over the four years that she plans to receive the “spousal only” benefit, she will have received $52,800! Her own benefit, which she plans to switch to at age 70, will grow to $3,300 per month!

Before you simply believe the half-truths and rhetoric relating to “File and Suspend” and “Restricted Application”, possibly costing you tens of thousands of retirement income dollars, talk to a Certified Social Security Claiming Strategist to help you understand if you are grandfathered into the ability to do a spousal only, “Restricted Application”.  Check out our other post: Social Security and Spousal Benefits: What You Need to Know and Spousal Benefits for Independently Entitled Divorced Spouse (IEDS)

If you are struggling with social security complexities, and you want to optimize your benefits. In that case, you need to contact a certified social security claiming strategist and make sure you are on the fast track to a successful retirement.
Request A Meeting

With so much confusion in our lives in 2020, it was a challenging year leaving many insecure about what tomorrow would bring. However, it wasn’t all bad. Here are some bright spots for 2020 and going into 2021.