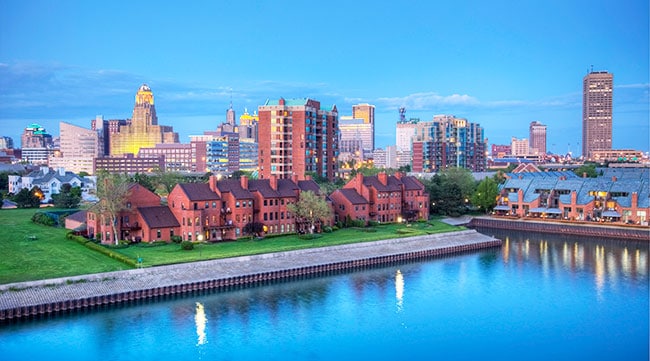 This October, Erie County kicked off the “Erie County Back to Business Grant Program.” Twenty million tax-payer dollars were designated to this program through the CARES Act. The program allowed small businesses throughout Erie County to apply to receive funds intended to help them bounce back after COVID related setbacks. The Erie County Comptroller’s office announced this week ‘WNY Media,’ a journalist out of WNY, was a recipient of a $10,000 grant. We find it highly alarming that WNYMedia was a recipient of this grant, given the business’s vile nature.

According to Comptroller Stefan Mychajliw, WNYMedia has made its mission to attack republicans and publicly called for the boycott of other local businesses. Most notable, WNYMedia called for a boycott of “Ride for Roswell,” a yearly initiative to raise money for cancer research. Aside from WNYMedia’s blatant disregard for the profound impact Roswell Park has had on cancer research and treatment, they also have ties to local government in Erie County. This points out a direct conflict of interest. Mychajliw disclosed that The political committee for Mark Poloncarz paid WNY Media $10,176.50 while The Erie County Democratic Committee (ECDC) paid WNYMedia $9,837.65, and the Jeremy Zellner for ECDC Chair paid WNY Media $2,000.

We must ask the following questions:

Here are some examples of WNY Media’s tweets. Warning, these Tweets contain graphic and vile language. Viewer discretion is advised. 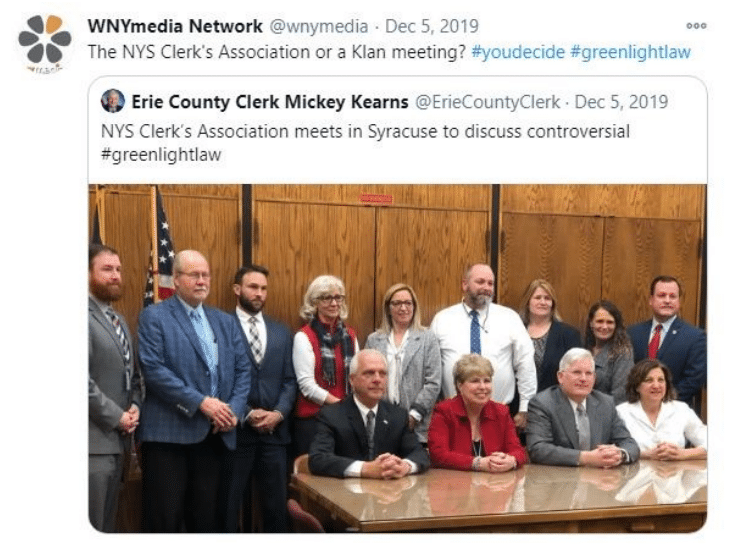 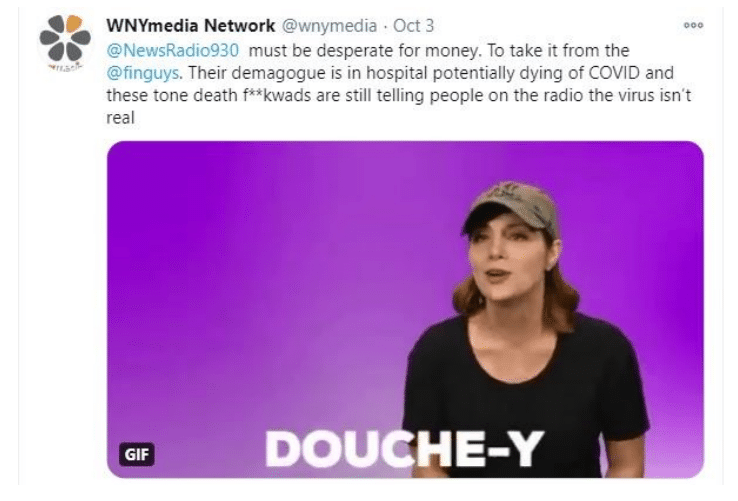 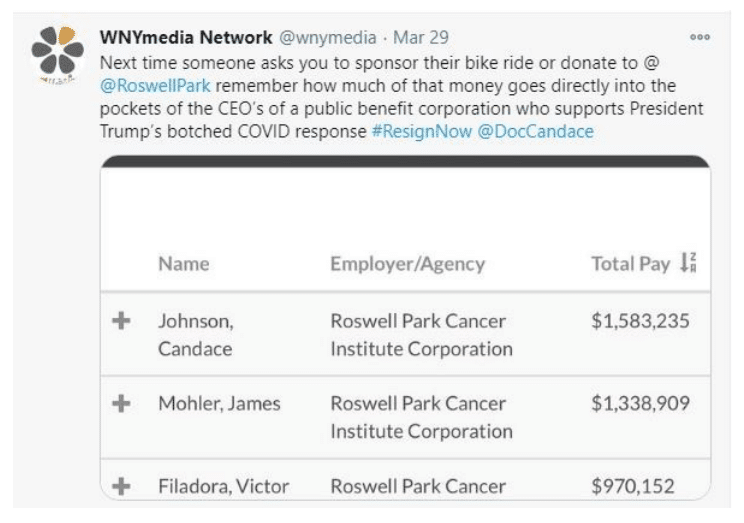 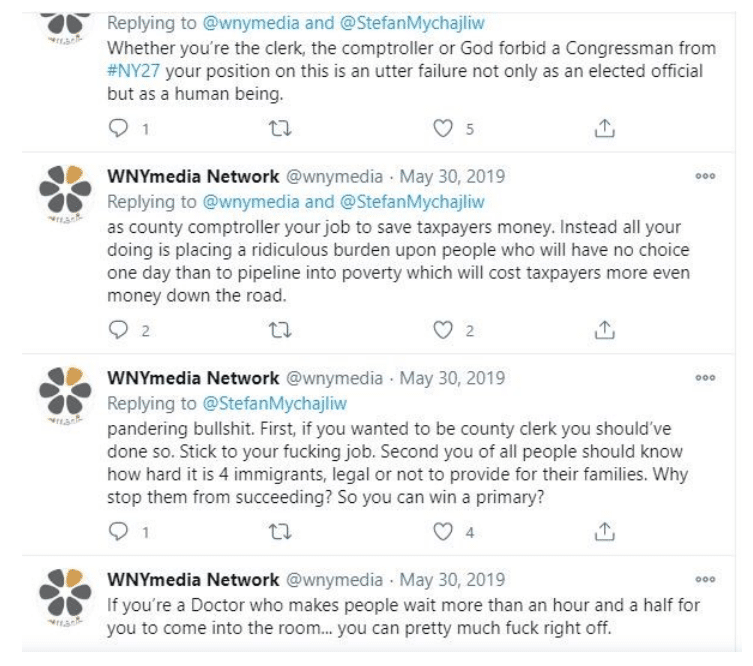 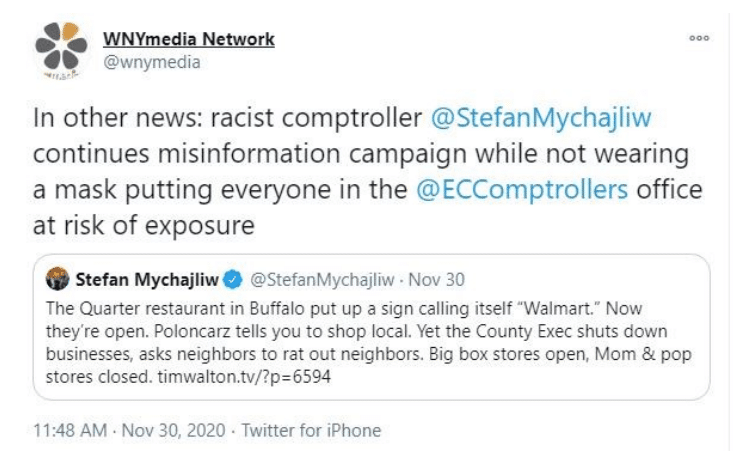 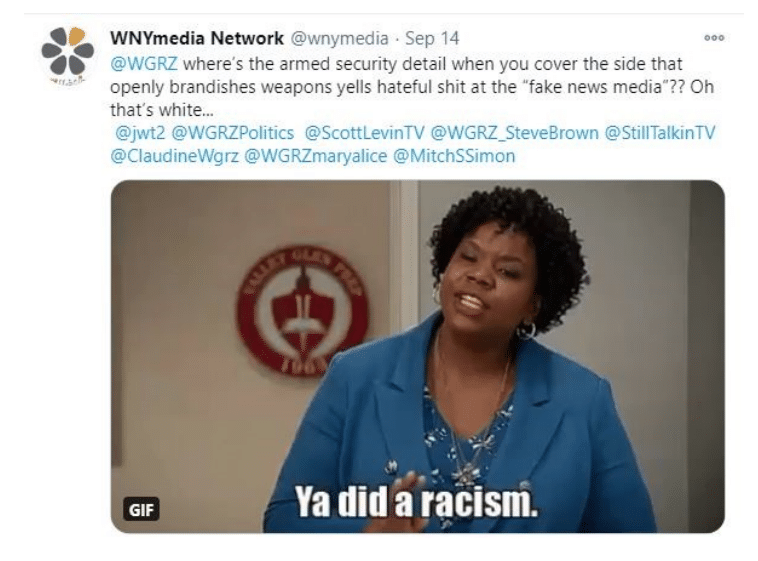 Please find examples of this organization’s tweets attached, which call out local officials, businesses, and individuals in a disgraceful manner.

If you are looking for more information on this matter, please read the letter from Erie County Comptroller Stefan I. Mychajliw, Jr. here.

With so much confusion in our lives in 2020, it was a challenging year leaving many insecure about what tomorrow would bring. However, it wasn’t all bad. Here are some bright spots for 2020 and going into 2021. 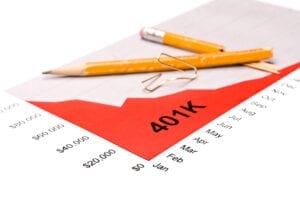 Taking Control of Your 401k

The Financial Guys have the answer you may be looking for when it comes to managing your 401k during a recession. Watch the video here for details.