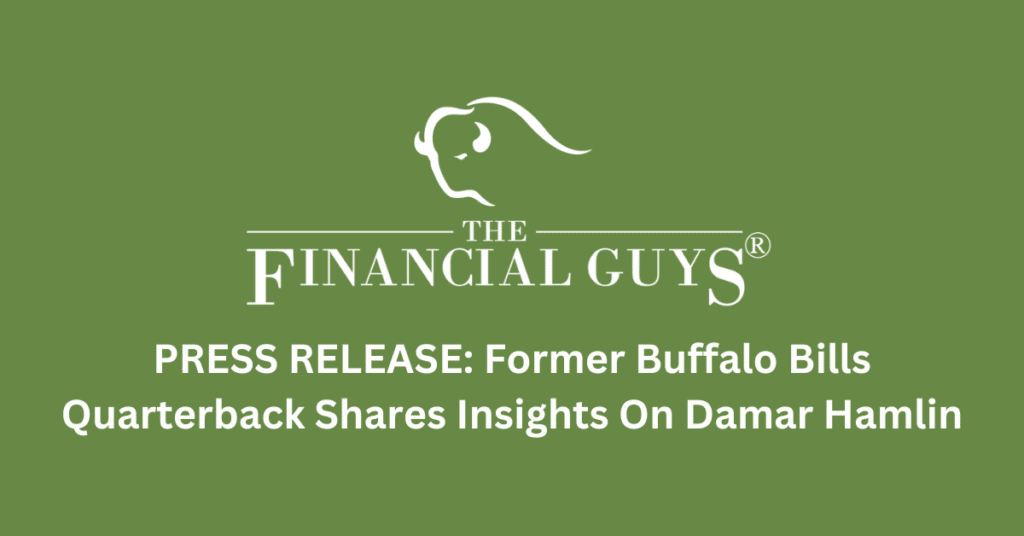 “When we saw that hit, it wasn’t anything out of the ordinary. But when we saw that he fell down and collapsed, you knew something was seriously wrong,” said Rutkowski to the Financial Guys Media network podcast featuring regular hosts Mike Sperrazza and Mike Hoeflich.

Hamlin, a second-year player from the University at Pittsburgh, collapsed after tackling Cincinnati Bengals wide receiver Tee Higgins. Following the hit Hamlin rose to his feet, barely made contact with the right shoulder of Bengals halfback Joe Mixon, then collapsed backwards to the turf of Paycor Stadium.

“When you saw the expression of the ball players on the field, you could tell it was something very, very serious. You could hear a pin drop in that room while we were watching that game,” added Rutkowski.

In addition to winning two AFL Championships in 1964 and 1965 while playing quarterback, Rutkowski also played defense during his six seasons with the Bills as a cornerback. The former Kingston High School and Notre Dame player shared how medical, science, and technological advances better protect football players now compared to when he played.

“We never thought of injuries. The helmets we wore would be outlawed today. They were basically a plastic shell with some webbing on the inside and two rubber pieces by the earhole. You weren’t worth a damn as an offensive lineman unless you went through one or two helmets a year. A lot of helmets would crack,” said Rutkowski, who commended the NFL for implementing numerous safety health and safety measures like concussion protocols, ambulances stationed at every stadium, having a designated Level One Trauma Center in all league cities, and annual emergency plans that are continuously updated.

“When we played, we didn’t realize the severity of injuries. We kept playing. You never wanted to be taken out of a game because you were fearful of losing your job, losing the means of providing for your family. You never wanted to leave the game. If you got your bell rung, they just gave you some smelling salts,” said the 1965 AFL All-Star.
Those protocols are a far cry from the medical care received by Damar Hamlin, who was administered CPR by medical personnel almost immediately following his on-field collapse. Within 19-minutes of losing consciousness, the Bills’ safety was rushed to University of Cincinnati Medical Center. The NFL postponed the game almost one hour after Hamlin collapsed.

“There’s no way they could continue to play. Those guys were on the field, watching CPR being administered to their teammate, knowing they were trying to keep him alive. That is profound. The NFL did a great job not continuing the game. I don’t know how players could have focused on the game when they’re thinking about their friend and teammate who was fighting for his life in the hospital,” said Rutkowski to the Financial Guys Media Network.

Prior to his collapse and cardiac arrest, Hamlin posted a “GoFundMe” fundraiser to buy Christmas presents for kids in his native Pittsburgh with a goal of raising a mere $2,500. #BillsMafia and football fans flooded the site with donations, which now totals in the millions of dollars and climbing.

“We have a Buffalo Bills Alumni Foundation. We raise money for charity. Over the last 20 years we raised $3 million. It took us 20 years to raise that kind of money. It took Bills fans and people around the country two days to raise that kind of money. It says a lot about Western New York and football fans from around the country. It puts things in perspective,” concluded Rutkowski.

Do You Need a Financial Planner? Four Questions to Ask

I love what I do, so I frequently find myself talking about all the different ways I help people. Most people don’t understand all that encompasses the job. Usually, it is an assumption that we are only helping with investments, but it is so much more than that. Because of this, I wanted to dive into what comprehensive financial planning looks like and what questions to ask if you are interviewing potential planners.

To Claim or Not Claim!

Learn a different approach to making the Social Security claiming decision. You have a choice in how to claim social security. Learn more!

Does Your Portfolio Have You Stressed? It Might Not Be Your Stocks That Are Letting You Down

Many factors can play a role in portfolio stress. Stock market volatility, inflation, and other various factors can cause your investment portfolio to go down. Read here to learn more!